The story of the Swan Bells

How our historic ring of bells came to be in Western Australia.

The twelve bells of St Martin-in-the-Fields

The Church of St Martin-in-the-Fields, London, dates from medieval times. The present structure was completed in 1722. In 1844 Trafalgar Square was created, and the church now stands in its north-east corner, opposite the National Gallery, and very close to Charing Cross station.

A peal of twelve bells was cast by the famous Rudhall foundry in Gloucester a few years after the church was opened, and these bells rang out for over 250 years for Sunday services, as well as for royal, civic and national occasions.

By the 1980s the tower was showing signs of damage from the heavy bells. The bells themselves were in need of tuning and major overhaul. There was a proposal to break the bells up and recast them into a lighter, modern peal of twelve.

The bells are saved

When Laith Reynolds, a Perth businessman, ringer and entrepreneur, heard of the plan to recast the bells he engineered a deal whereby the twelve bells were donated to Western Australia as a gift to mark Australia’s Bicentenary in 1988. In return, Western Australian mining companies donated sufficient copper and tin to cast a new peal of twelve bells for St Martin-in-the-Fields. The new bells were cast and installed in 1988 and have rung out over London ever since.

The bells travel to Perth

The old St Martin’s bells were restored and despatched to Perth but they languished in storage for twelve years as there was no tower in which to hang them. Various plans were suggested, including a tower at the University of Western Australia, but it was not until a few years later that the state government decided to redevelop the Barrack Street Jetty area with a futuristic new bell tower as its focal point.

There was considerable outcry about the Bell Tower, concerning both the expense and the tower’s design. But the tower was completed in 2000 and it is now arguably Perth’s most recognisable building, known by visitors from all over the world.

Now known as the Swan Bells, the restored twelve bell ring was augmented by six bells to make a total of eighteen. The six new bells were cast in 1988 and 1998 at the historic Whitechapel Bell Foundry in London. The peal includes two semitone bells to make it possible to ring lighter octaves without using the heavier bells.

A tower for visitors and ringers

The Bell Tower is the only tower in the world where visitors are able to see the bells and bellringers in action from behind double-glazed windows, and can inspect and hear many other types of bells including the six tonne Anzac Bell which was installed in 2019.

For complete details of the provenance, weight and notes of all of the bells in the Bell Tower please see this link in Dove’s Guide.

Listen to the original 12 bells of St Martin-in-the-Fields. 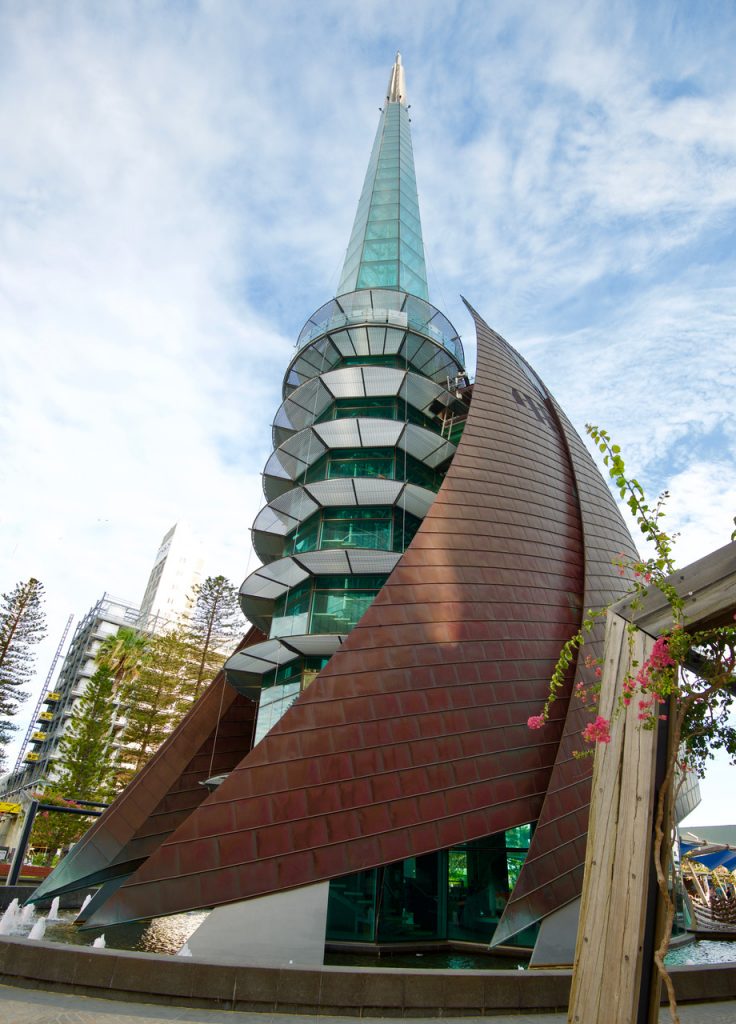