The ancient art that is practised throughout the English-speaking world.

What do bellringers do?

Many people think that bellringers just stand around randomly pulling on ropes.  Nothing could be further from the truth..! Bellringing is a team effort that requires skill and concentration.

Throughout the English-speaking part of the world bellringers practise the ancient art of change ringing. This system of ringing is a unique branch of music that evolved in England during the second half of the 16th century, and became fully developed in the 17th and early 18th centuries. Change ringing has remained virtually unchanged since those days, except that modern technology makes the bells much easier to ring.

Change ringing is also called full circle ringing because the bells rotate almost 360° with each stroke, or pull, of the rope. In change ringing the bell begins in the upside down or ‘mouth up’ position. Non change ringing bells are struck by a clapper or hammer with the mouth facing downwards. 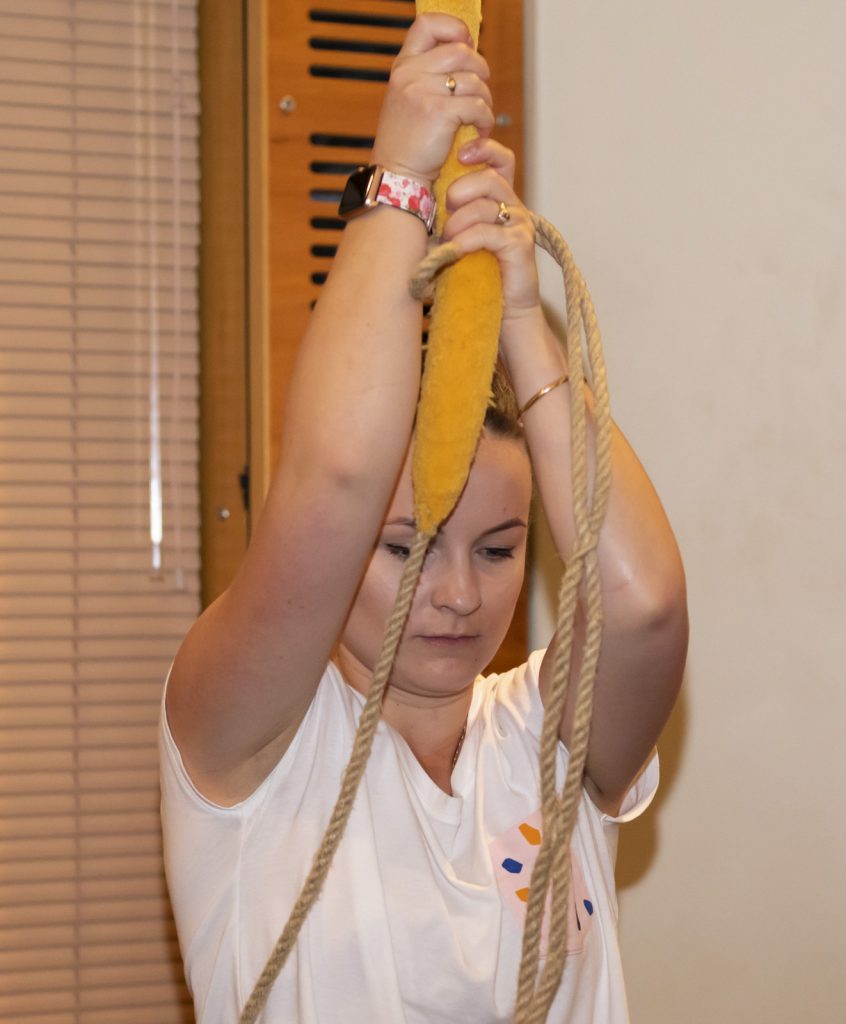 How does change ringing work?

Change ringing is a system whereby a set of bells is rung in a continuously changing pattern. Music is created by changing the order in which the bells sound.

Ringing commences by ringing the bells down the scale, a sequence which is known as ‘rounds’. Rounds can be represented numerically, starting with the bell with the highest note as number one. Therefore rounds on six bells is shown as:

Simply ringing rounds would become monotonous after a while. To make the ringing interesting and musical, the order in which the bells sound is changed. Because of the physical constraints of the bell and its ringer, each bell is only moved one place in the sequence at a time. By swapping pairs of bells in rounds on six (say 2 and 3) a new sequence or ‘change’ is created:

The easiest way to do this is to have a conductor calling the numbers of the bells to change. This system (‘called changes’) is used to train ringers in listening to and correctly ‘striking’ their bell. In some parts of the ringing world called changes is practised exclusively and to a very high standard.

However, most change ringers practise method ringing, which requires each ringer to learn the pattern of successive changes. Each method, with its individual ways of creating the changes, has a name. Novice ringers begin with Plain Hunt (pictured), an easy method which is the basis of all change ringing. Once Plain Hunt is mastered most ringers learn Plain Bob Doubles and Grandsire Doubles, which are easy five-bell methods.

As ringers become more proficient, they learn longer and more complicated methods, and learn to ring them on greater numbers of bells. There are thousands of methods so there is no risk of getting bored! Each method brings its own challenges, and ringers experience a great sense of achievement when they ring a new method correctly for the first time. Pictured is a small part of a method called Cambridge Surprise Minor. You can see that it is considerably more complicated than Plain Hunt! It is much more difficult to memorise and takes more skill to ring.

Bellringers are like any other group of musicians: we are called a band and we gather for regular practice sessions.

For more information about change ringing and how it works, see the links page.

Listen to change ringing on eight bells. The ringers begin with rounds and begin changes at the 38 second mark.

Where else could I ring?

Once you have gained some proficiency as a ringer, the world is your oyster!

The country with the most peals of bells hung for change-ringing is England, where there are bells in the churches of most towns and villages. There are also many bells in Scotland, Wales, Ireland, the United States, Canada, New Zealand and Australia. There are eight change ringing towers in Western Australia and all ringers are welcome to visit.

Bellringers like to travel and ring in different places; this is called tower grabbing!

This video was produced in Western Australia by local ringer Richard Offen and gives an excellent introduction to bells and bellringing. It was filmed at Christ Church Claremont and the Bell Tower. It was financed by the St Martin’s Society mainly through the sale of tea-cosies hand-knitted by Laura Ivey, who has been ringing in Perth since the 1960s, and a grant from the Australian and New Zealand Association of Bellringers.